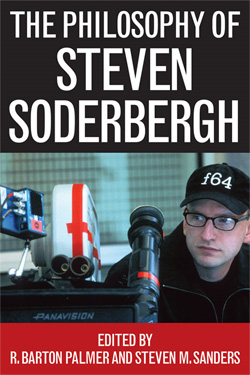 Abstract: Nearly all of Steven Soderbergh’s work can be seen to exhibit a large degree of intertextual and intermedial reworking: from remakes that function more as remixes (The Underneath, Solaris, Ocean’s Eleven) and adaptations that bear little resemblance to their source material (King of the Hill, Kafka, Traffic) to borrowed characters (Jackie Brown’s Ray Nicolette in Out of Sight) and borrowed films (Poor Cow in The Limey).  His ‘experimental’ fare makes this penchant for intertextuality explicit with the recurring motif of a a ‘film-within-a-film’ function (sex, lies and videotape, Schizopolis, Full Frontal), while Bubble’s day-and-date release strategy in theatre, on television, and on DVD can be seen as a sort of ‘industrial intermediality.’  With The Good German, Soderbergh employs his intertextual preoccupation in the service of re-investigating a dark page in American history.  While the technical grandiosity of the film – 1940s-era equipment, including black-and-white cinematography, fixed lenses, rear-projection, swipe cuts, 4:3 ratio, and archival footage – was largely written-off by critics as an empty pastiche of film noir style, a closer inspection reveals that this retrograde stylistic practice – this blend of history – is an integral component of the film’s political and philosophical resonance. For Soderbergh, investigating history requires investigating how we record history, what we designate as reference points, and what mediums stand in our way.  In order to ‘correct’ history – in this case, the American postwar employment of scientists that should have been tried for war crimes, as well as larger themes of collective guilt, hypocrisy, and moral compromise – Soderbergh requires us to revisit and revise not just the past, but the mediated past.  The Good German is a labyrinthine mix of history, both political and cinematic; it ‘blends’ an array of intertextual and intermedial sources into an uneasy and unsettling fusion.  Rather than simply re-telling history – even a forgotten or suppressed history – The Good German engages with history and its inherent mediation in a dialogic relationship; by confronting us with a brazen intertextual history, The Good German remains a sober reminder that there is a heavy price for unquestioned mediation.